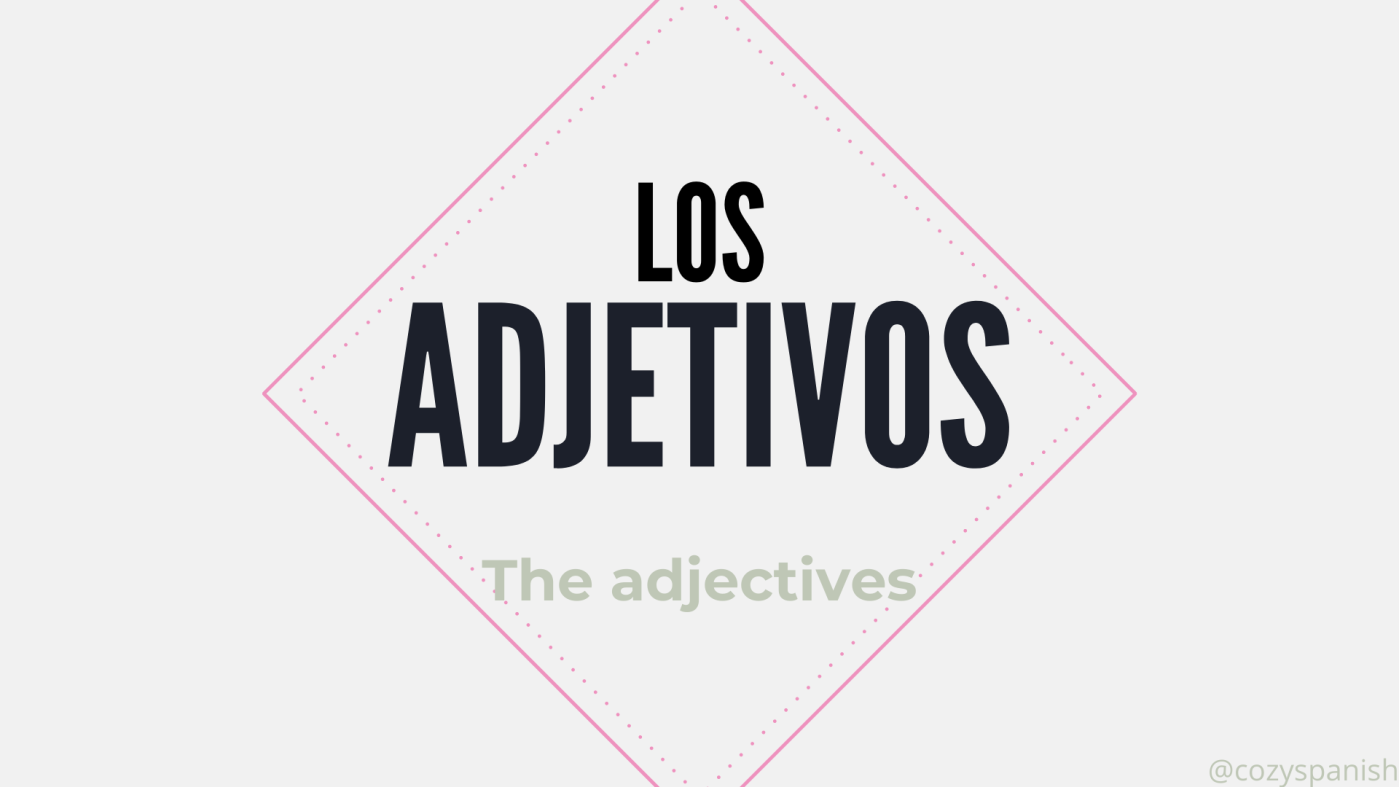 Adjectives are words used to describe something, to explain its features or characteristics. In English, adjectives are usually written before a noun or after using the verb «to be». It doesn’t work the same way in Spanish, or at least, not 100%.

How to use adjectives?

In Spanish, there are different ways to use adjectives. Today we’re going to learn the easier and most common ones:

We mentioned in the post about the definite articles that all Spanish nouns are either masculine or feminine. Well, adjectives must change to match the noun they’re describing. The same thing happens when the noun changes from singular to plural or vice-versa: the adjective changes with it.

If the noun is masculine and singular, the adjective must be the same.

Now, how to change the adjectives? There is kind of a rule that works for a lot of them:

Let’s use «pequeño» (small) as an example.

See how the ending changes? If you find an adjective with one of those terminations, there’s a very high chance it follows this rule. Sadly, you’ll find adjectives that don’t follow it. «Grande» (big), for example.

We will learn more vocabulary in the future, slowly and steadily, and for each adjective, I will give you a small chart so you’ll know how that specific one works. For now, it’s just great to remember the general rule I explained above.

More ways to use adjectives:

Everything mentioned here will have an explanatory post in the future, so don’t worry if you don’t fully understand it yet. It’s worth mentioning now, but don’t stress over it.